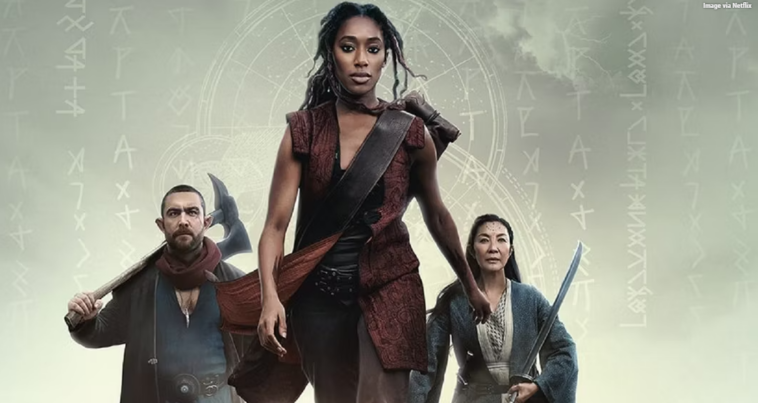 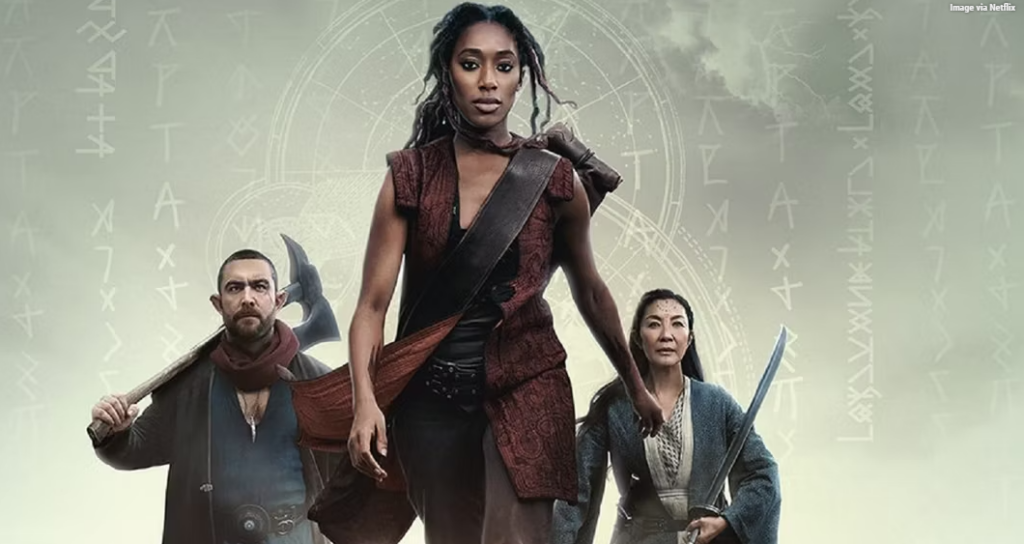 When it comes to high fantasy these days, almost every streamer and network has its own entry into the genre. Netflix saw success when it came to The Witcher, with Henry Cavill as the titular character, and then went on to green-light the animated film The Witcher: Nightmare of the Wolf and then the miniseries The Witcher: Blood Origin. Like Nightmare of the Wolf, The Witcher: Blood Origin is another prequel story, taking place much earlier in the universe’s timeline, detailing the story of the Conjunction of the Spheres and the first Witcher ever to be created about 1200 years prior. Blood Origin is presented with a frame narrative, with Jaskier (Joey Batey) writing the story of the legendary seven warriors central to the series.

For those who might already be familiar and well-versed in The Witcher lore, Blood Origin will feel right at home in the universe. The prequel show does little to reacquaint you with the world of the Continent, beginning with the expectation that you know who Jaskier and Geralt are. It’s hard to imagine anyone watching Blood Origin without already having seen the original series, and making it inaccessible to new viewers limits the show’s audience to existing fans.

The story itself is full of adventure and questing, but its cast lacks the same type of gruff, winning charm that Cavill brought to Geralt. Though Sophia Brown plays a compelling warrior-turned-bard named Éile (sometimes called the Lark), the dynamic between the characters who are meant to be seen as a group of heroes working together takes far too long to come together and leaves little in terms of emotional heft. A lot of this is because the series is only four episodes (cut down from the previous six that were initially ordered), and must not only introduce the seven heroes to us, but also a new Elven court.

Of the show’s main seven heroes, the only characters we really dig into are Brown’s Éile and Laurence O’Fuarain’s Fjall. This is disappointing because the other five members of the group are far more compelling, especially when Éile and Fjall already share similar storylines. For instance, the series toys with the idea of chaos magic, but never really dives into the dynamics of the mages. Instead, one is positioned as the one-dimensional main villain of the story, while the others simply exist to push the plot forward rather than as characters on their own. Warriors like Francesca Mills’ Meldorf and Michelle Yeoh’s Scian give us glimpses into their character’s past, but the story never fully digs into them, which is a letdown considering they’re the two highlights of the series.

It’s unfortunate because when the gang is finally together, there is potential for great camaraderie, but the series chooses to focus on the romance between Éile and Fjall instead of the party as a whole. While the two characters act like our protagonists and are given more of an arc, the trajectory of their relationship doesn’t land. The problem again is the short runtime of the series. We first meet Fjall as a protector of the Princess Merwyn (Mirren Mack); the two are having a forbidden love affair and when it is revealed, Fjall is quickly ousted from his clan and his position. It’s implied that he cares for Merwyn, but not long after his banishment, he meets Éile who is performing as a bard called the Lark. The two immediately have a push-and-pull chemistry as exiles of opposite warring clans. All the potential is there for a great love story, but the series must juggle a political shift in the kingdom along with introducing fellow characters, not to mention laying the groundwork for the eventual Conjunction of the Spheres. The gaps left in the plot are filled with their romance, which jumps from one longing look to proclamations of undying love so quickly it is jarring. 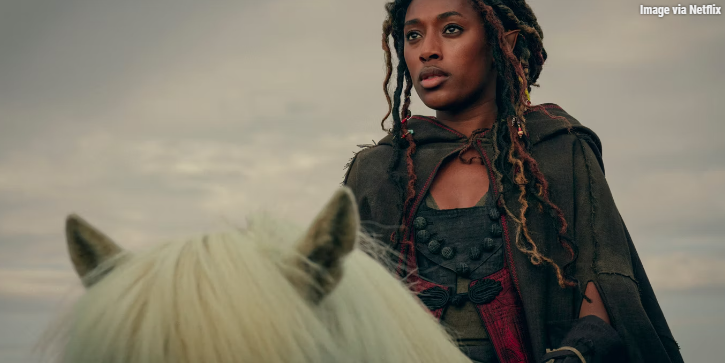 If Blood Origin‘s purpose is to tell us the story of the first Witcher and explain what the Conjunction is, it only half-succeeds. While it does well with the former, you almost forget about the Conjunction until it actually happens, and even then it plays second fiddle to the origin storyline. It’s a missed opportunity, since the potential for a more nuanced story could have come after the Conjunction with the arrival of humans and monsters on the Continent.

Despite having great promise, too often Blood Origin slips into either complete camp, cringe, or melodrama. Part of what makes fantasy shows like The Witcher exciting is a rich cast of characters who might initially fit into archetypes of heroes and villains, but actually reveal themselves to be complex people who can expand far beyond this. Blood Origin tries to do this, but falls flat. The villains feel half-baked, which makes their goals seem like mere obstacles erected for the heroes to topple. Even the Lark’s songs are less catchy compared to the likes of “Toss a Coin to Your Witcher,” with her ballads acting more to fill in for exposition than entertainment. Ultimately, your enjoyment of Blood Origin will depend on how invested you are in The Witcher universe, and how convinced you are by the slapdash storylines it presents. 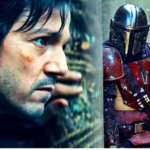 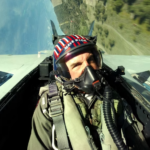