Margot Robbie, who starred as former figure skater Tonya Harding, learned a key insight from her performance in the black comedy-drama film I, Tonya.

I, Tonya marked a major milestone for Margot Robbie, the actor reveals. The metafictional biographical sports drama I, Tonya starred Robbie alongside Sebastian Stan, Allison Janney, and many other talented actors. Directed by Craig Gillespie, the film chronicles the life of the titular controversial figure skater, Tonya Harding, who became infamous due to the 1994 attack dealt to her rival Nancy Kerrigan one day before the U.S. Figure Skating Championship. Robbie earned acclaim for her role in the mockumentary-style drama and was nominated for Best Actress at the 90th Academy Awards. Robbie was honored this month with a special “BAFTA: A Life in Pictures” tribute, making history as the youngest star to ever receive the distinction due to her acclaimed turns in over 30 films and successful producing career. The actor shared some insights about her career at the event, which were reported on by The Hollywood Reporter. Among her comments, the actor revealed that the first movie of hers that made her feel “good enough” to be able “to reach out to [her] idols,” such as Quentin Tarantino, was I, Tonya. This decision eventually led Robbie to star in Once Upon a Time in Hollywood as Sharon Tate. See Robbie’s comment about I, Tonya below:

Will Margot Robbie Earn An Oscar Nomination For Babylon?

Though Robbie clearly felt that her strong I, Tonya performance cemented her status as a true talent, the actor had proven herself long before the 2017 film’s release with her breakout role in 2013’s The Wolf of Wall Street. In the years since The Wolf of Wall Street and more recently I, Tonya, the actor has earned a second Oscar nomination due to her turn in 2019’s Bombshell. Currently, Robbie is set to star in in Damien Chazelle’s Babylon, and the actor is already generating buzz about a third Oscar nomination.

Though Robbie has proven herself an immensely talented actor, particularly in biographical or semi-historical films like The Wolf of Wall Street and I, Tonya, she has been under-utilized in films in the past. For example, her highly-anticipated turn in Once Upon A Time In Hollywood was criticized for her lack of lines and screen time. It’s possible that Babylon, which is set to be a highly ambitious depiction of 1920s Hollywood with a large ensemble cast, could make the same mistake, relegating Robbie to the background in order to favor the other talented cast members, which include Tobey Maguire, Diego Calva, and Brad Pitt.

If Robbie’s role in Babylon isn’t as central as it appears from the marketing for the film, its debut may not result in her third Oscar nomination. Her two previous nominations, particularly I, Tonya, saw Robbie in more dominant roles. However, Robbie has been known to shine in smaller parts, bringing a memorable quality to all her characters that could elevate her chances for a third nomination with Babylon, especially if she does end up being a crucial part of the ensemble. Known for her versatility, Robbie is also set to star in Greta Gerwig’s highly anticipated Barbie film and an upcoming Ocean’s Eleven prequel, which will certainly continue to cement Robbie’s talent and flexibility as an actor. 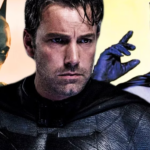 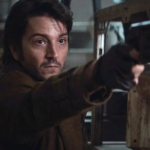