The trip to Agrabah is still filled with magic.

To look back at the Disney’s 1992 animated classic Aladdin, one has to remember that there are elements of the film that simply would not be acceptable given today’s sensibilities – the use of white voice-over actors for non-white characters and Arab stereotyping chief among them. It’s not to excuse those elements, of course – they were controversial then, prompting changes to be made to the lyrics of “Arabian Nights”, for example – but it is important to acknowledge their presence before watching and reviewing the film on its own merits. Whether that is enough to color one’s view of the entire movie or not is purely up to the viewer, but for the purposes of this review we put that aside as an unfortunate happenstance. 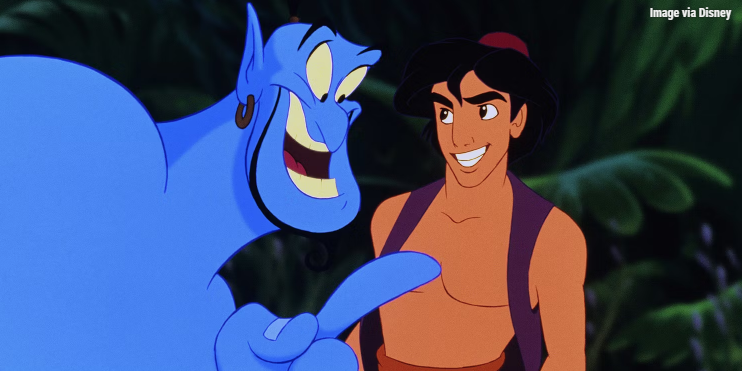 Aladdin was the third release in the Disney animation renaissance of the early 90s, arriving on the tails of The Little Mermaid and Beauty and the Beast. First, a brief recap. Based on the Arabic folktale from One Thousand and One Nights, Aladdin follows “street rat” Aladdin (Scott Weinger), who comes to possess a magic lamp that contains a genie (Robin Williams). The genie grants Aladdin three wishes, and with the first Aladdin asks to be made a prince in order to garner the Sultan’s (Douglas Seale) favor for the hand of his daughter, Princess Jasmine (Linda Larkin). However, the Sultan’s evil vizier Jafar (Jonathan Freeman) has his eyes on the magic lamp for his own selfish desires to overthrow the Sultan and rule the kingdom.

The value of being true to one’s self is a key theme throughout the film, and on that front it largely succeeds. The happy ending only comes about when the characters come clean about who they really are: Aladdin is not a prince, Jafar is evil, Jasmine stands resolute and the Sultan does what he should have from the beginning, change the law to allow the princess to marry whom she chooses. The animation is rich and beautiful, making the markets and streets of Agrabah come alive in an array of tans and reds, and the pacing of the film is excellent, especially the WB-like action around “One Jump Ahead”. The Cave of Wonders is suitably grand, rising from the sands to form an impressive, bellowing protector of the riches within. The musical score from Alan Menken complements the settings perfectly. The seven songs crafted for the film – three by Howard Ashman and four by Sir Tim Rice, who stepped in after Ashman’s untimely death – haven’t stuck in the public consciousness like the songs from Aladdin’s two immediate predecessors, but do stand on their own as classics in their own right (particularly Oscar and Grammy winning song “A Whole New World”).

The characters in the film make up one of the strongest ensembles in Disney’s deep history. Weinger’s Aladdin is a lovable scoundrel, with Weinger’s delivery able to convey the ever-important “diamond in the rough” quality of the character. Princess Jasmine is beautiful, with a strength and determination that is rare among her Disney Princess peers. Jafar falls in that classic Disney villain look, with the thin, long face of such legendary antagonists as The Lion King’s Scar or Hercules’ Hades. Freeman gives Jafar a satisfying mix of harmlessness, condescension and true menace that deepens what could have easily been a one-note character. The monkey from Aladdin, Abu (Frank Welker), is the quintessential example of a Disney animal sidekick, a sassy but devoted companion for Aladdin. Speaking of sidekicks, Gilbert Gottfried’s Iago is definitely amusing, although Gottfried’s signature grating voice gets a little tiresome. The real treasure in the film, so to speak, is Aladdin’s magic carpet. Apart from being a revolutionary hybrid of hand-drawn and computer animation, it speaks volumes in the film through pantomime alone. If for no other reason, watch Aladdin again for the actions of the carpet. What the animators were able to do with a tasseled rectangle is absolutely amazing, bringing the magic carpet to such vivid life that it becomes a key character in the events of the film.

No review of Disney’s Aladdin can be done without assessing the genius of Robin Williams’ genie. The genie is the perfect match of character and actor, with the character’s presence in the film arguably the closest that has ever caught the genius brilliance of Williams on-screen in all its glory. He’s larger than life, with a quick-witted pace that is rife with jokes, puns, impersonations and more. His is truly a “blink, and you’ll miss it” performance for the ages. What is astounding is how deep Williams makes this animated character. Williams’ performance imbues Genie with a profound sense of humanity. Is the genie a comedic tour de force from Williams? Of course it is, but he deftly scales it back as the story dictates, letting certain moments breathe when they need to, and only filling the spaces with his creative riffs when the story calls for it. The only minor knock against Williams is his use of impersonations that are dated (how many children today, even how many adults today, know who Groucho Marx or Rodney Dangerfield are?), but the energy behind these pieces are intact regardless. Besides (sarcasm alert, do not take intentionally), you’re failing as a parent if your kids don’t know who Jack Nicholson is anyway. Will Smith gave the genie the old college try in the 2019 Aladdin live-action remake, but the role will always be associated with the late, great Williams as a testament to his unique talents.

To the point: Aladdin is worthy of its status as a Disney classic. The story and its lessons are timeless. The animation is inventive and imaginative. The characters are exceptional, with high praise for Jasmine’s un-Disney Princess-like Disney Princess, a silent but vibrant magic carpet, and, of course, the genie that encapsulates the profound, comedic greatness of the late Robin Williams. Knocking off a ½ wish for its controversial elements, Aladdin scores 2½ wishes out of 3. 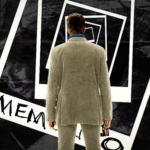 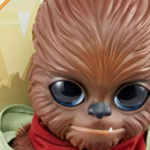