The House of the Dragon Honest Trailer arrives and gets quite a bit wrong about the Game of Thrones prequel, including misnaming one star.

On the heels of the House of the Dragon season 1 finale, Honest Trailers takes intention at the Game of Thrones prequel and receives pretty a piece wrong. Originally primarily based on George R.R. Martin’s fable novel, Fire & Blood, the new HBO display right now broke facts with over 10 million visitors tuning in for the show’s most excellent and subsequently wowed critics and audiences with its fascinating performances and engrossing narrative. House of the Dragon changed into speedy renewed for season 2, but, Miguel Sapochnik will not serve as co-showrunner with Ryan Condal.

Set almost 200 years before the occasions of Game of Thrones, the prequel collection makes a speciality of the conflict on the coronary heart of House Targaryen after King Viserys I Targaryen’s (Paddy Considine) comes to a decision to name his daughter, Princess Rhaenyra Targaryen (Emma D’Arcy), as inheritor to the Iron Throne. However, with some of the king’s courtroom viewing the selection as an insult to royal time-commemorated patriarchal tradition, Ser Otto Hightower (Rhys Ifans) organizes a coup and anoints his grandson, Aegon II Targaryen (Tom Glynn-Carney), as king. With Prince Aemond Targaryen (Ewan Mitchell) killing Prince Lucerys Verlaryon (Elliot Grihault) in the season 1 finale, the Dance of the Dragons civil conflict is confident.

How HOTD’s Honest Trailer Gets The Show Wrong 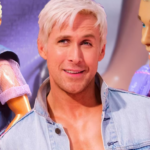 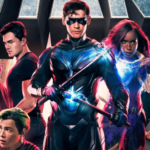