House of the Dragon star Emma D’Arcy almost didn’t get the part of adult Rhaenyra Targaryen when they auditioned for the HBO fantasy series.

Emma D’Arcy reveals that they were almost not cast as Rhaenyra in House of the Dragon. D’Arcy played Rhaenyra Targaryen for the second half of House of the Dragon season 1, starting with episode 6. The actor took over the role from Milly Alcock after a 10-year time jump, portraying the adult version of Rhaenyra as the soon- The to-be Queen raised her growing family and navigated her various responsibilities as heir to the Iron Throne. Although some House of the Dragon fans were concerned about the series’ time jumps and recasting of major characters, especially once Alcock and Emily Carey had earned plenty of acclaim for their roles in the initial episodes of the show, D’Arcy’s iteration of Rhaenyra was an instant hit with viewers.

Audiences praised the actor’s subtle intensity as a performer and the gentle charm they brought to the nuanced character of Rhaenyra. Despite the praise D’Arcy earned in the role, they recently revealed to The Hollywood Reporter that they were nearly passed on after the extensive audition process, during which D’Arcy even “cobbled together a wig out of literally a bag of hair” to look the part. Luckily for fans of the fantasy series, D’Arcy later learned that the casting directors had decided to bring them on as Rhaenyra after all. See what they had to say and catch D’Arcy’s first appearance as Rhaenyra below:

It was about three months of self-taping in my living room in the middle of the pandemic, so it was amazing. Actually, it felt like living on an island and trying to make cinema or something, because I didn’t see anyone or really do anything, but supposedly I was in conversation with one of the biggest TV shows in the world. My partner and I cobbled together a wig out of literally a bag of hair and then after three months of doing that, I was invited for a four- or five-hour in-person audition, did that, and then after that, I was told, ‘You’ll hear something next week.’

And then I didn’t. Then I was told it was probably not going my way. And I thought, ‘Wow, it’s a real shame.’ I went to the countryside, just for the weekend, to start metabolizing, and at the end of that weekend I had about 14 missed calls from my agent. I spoke to him the next morning to hear, ‘They changed their mind! Do you want to do it?’ So weird, honestly. A very solitary process that went on seemingly half a year. 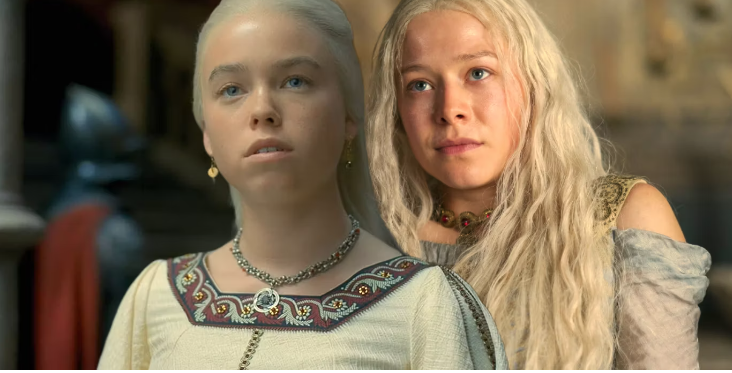 D’Arcy’s comments about having accepted the fact that they would not be hired to play Rhaenyra before finally getting the role is a surprise considering the impressive power and poise that they brought to the part. In their first appearance as Rhaenyra, they flawlessly let viewers in to how the character’s life has changed with an exhausting birth sequence, displaying Rhaenyra’s conflicting emotions and fears about giving birth while simultaneously driving home the character’s fiercely independent spirit with the sequence that followed. As a teen, played by Alcock, Rhaenyra displays uncertainty about, and at times outright rejects, motherhood, but as an adult, she has been somewhat forced to embrace it as part of her duties, a contrast which D’Arcy expresses well.

In all of D’Arcy’s scenes, it is clear that the grown-up version of Rhaenyra loves her children deeply but refuses to settle into motherhood as her only label. In the House of the Dragon season 1 finale, Rhaenyra reminds everyone why she was Viserys’ (Paddy Considine) chosen heir by exhibiting diplomacy, grace, and authority in equal measure almost immediately after hearing the news of her father’s death and losing her child in a devastating still birth. An extremely talented performer, D’Arcy is able to bring a completely different energy to each of Rhaenyra’s birth scenes, but still make it clear in both that childbirth is a war in itself, especially for Rhaenyra.

One of D’Arcy’s most memorable scenes as Rhaenyra occurred at the very end of the season, when the character got the news about her son’s death. Though she had learned about her father’s death and the subsequent coup for her throne earlier in that same episode, Rhaenyra’s grief manifested in a completely different way thanks to D’Arcy’s nuanced and delicate expressions of pain, disbelief, and rage. In House of the Dragon season 2, they will have many more chances to shine in the role of Rhaenyra as the character goes to war, and will likely continue to prove that D’Arcy’s casting was the perfect choice. 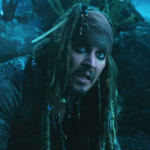 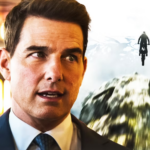