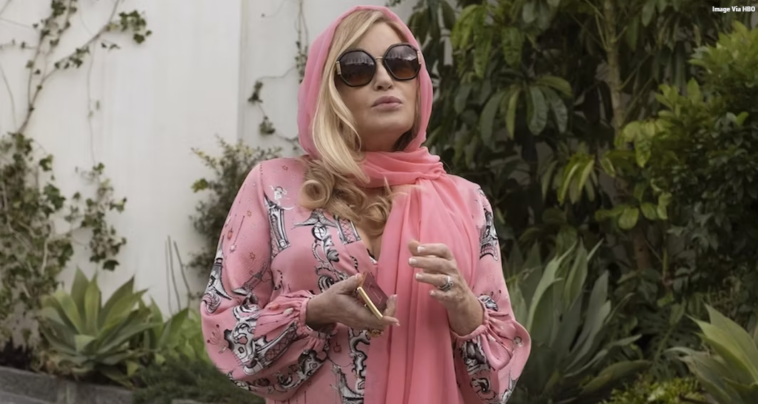 That Season 2 finale of The White Lotus gave Tanya plenty of time to shine. 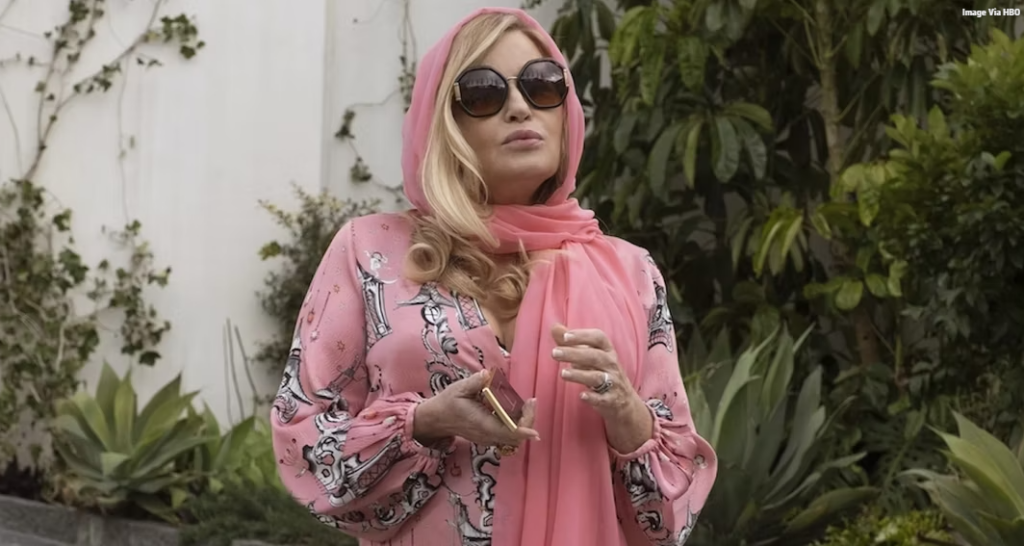 Editor’s note: The below contains major spoilers for Season 2 of The White Lotus.

In the wake of its shocking Season 2 finale, The White Lotus is officially two for two in terms of incredible, nail-biting seasons, and Jennifer Coolidge should be two for two in terms of well-earned Emmy Awards. It’s safe to say that Coolidge certainly earned the Emmy she snagged for her performance as Tanya in Season 1 of The White Lotus. In Season 2, though, she went to new heights, and this season has prepped her for awards season even better than the last one did.

Coolidge has been around since her breakout role in American Pie in 1999, and since then, we’ve all come to know her from one iconic role or another. This made her first Emmy Award for HBO’s dramedy series, The White Lotus, two decades into her career, all the more surprising and welcome. Well, now Coolidge has another season of the show that won her the Emmy under her belt, and this season didn’t disappoint folks who wanted to see Coolidge stretch her abilities even further than before.

Tanya Is the Character Connecting Both Seasons of ‘The White Lotus’ 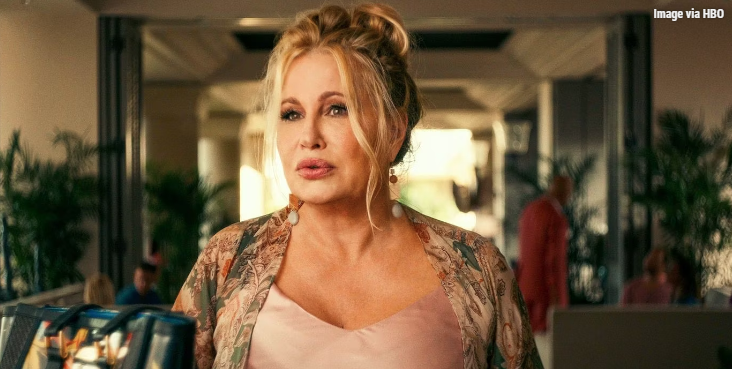 Coolidge’s character, Tanya McQuoid, was the most important character connecting the first two seasons of this anthology series. In Season 1, Tanya was an incredibly out-of-touch, flaky, emotional mess. As a character, she certainly had complexity and depth, but she still managed to act as memorable comedic relief. This gave Coolidge, a memorable comedic relief legend, room to prove that adding a bit of dimension to the type of character she’s known for playing is even more her forte. Anyone who may have thought of Coolidge as one-dimensional or trivial from her past body of work was sure to be impressed by the nuance of Tanya’s time in Season 1. Yet, while Season 1 Tanya gave Coolidge more room to grow than she normally gets, Season 2 Tanya provided her with another set of skills to put on display, and she proved new levels of what she’s capable of.

Season 2 opened with Tanya in a uniquely cushy spot for a character in a sophomore season premiere. Fans were thrilled to see a familiar face in a new yet still similar White Lotus resort. She came across just as unhinged as ever with the same uniquely delivered one-liners and clumsy, confused, bubbly disposition. Yet, bringing audiences Tanya in an endearing, familiar light positioned her perfectly to have an arc that would devastate fans in the end, and Coolidge rose to the occasion.

Jennifer Coolidge Made the Role of Tanya Her Own

After seeing the Season 2 finale, it’s difficult to imagine any other actor playing the role of Tanya, and it’s not just because it seems impossible for Coolidge not to make every role uniquely her own — though, of course, that does play a part. By the end of the character’s run, Tanya proved herself as far from as hollow and irredeemably removed from reality as she seemed in the beginning (though she maintained some of her shallowness right to the bitter end, begging a man she’d just shot to tell her whether her clearly betraying husband was having an affair). While much of Tanya’s character hung on a desperate need for guidance, validation, and attention in any form, Coolidge’s performance allowed the audience to see a scared, sympathetic, alone core that wasn’t entirely built into the character’s writing.

Tanya’s death was a painful one to watch, and it certainly shook audiences and deliberately left a bad taste in the mouths of viewers as they finished Season 2, in spite of the lively final scene that proved that all of the other characters were walking away happy and at least partially healed. Still, to imagine a version of Tanya that didn’t leave viewers in mourning after her death would be to imagine Tanya played by virtually anyone else. At her core, Tanya may be sad in a somewhat sympathy-inducing way, but she also wouldn’t tug at our heartstrings without the life that Coolidge carefully built around a set of lines. 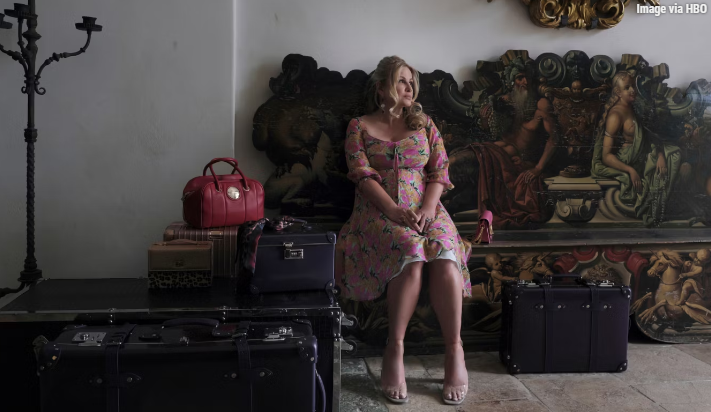 When Quentin (Tom Hollander) took Tanya to see Madame Butterfly, the opera had a major impact on her, and it became clear to many that Tanya’s own story was going to mimic the one she watched in some way. Tanya relating to a dramatic tale about a woman who ends up killing herself as a result of her own tragic love story positioned itself like a potential red herring. Yet, in the end, this was exactly what it appeared to be. Ultimately, Coolidge took a scene with a set of emotional beats that would challenge any actor to navigate and embodied it with power and nuance. Tanya was still uniquely Tanya, and she even gave viewers moments to laugh amidst a deeply heated and intense backdrop, but in the end, the emotional core was at the forefront.

From Tanya’s painfully slow light bulb moment when she realized she was being betrayed to her discovery of the gun to her panic and killing of the men who were after her all the way to the snap decision that cost her her life, Coolidge gave us Tanya’s final moments just as operatically as an opera allusion called for while still sticking to the unique character who earned that scene. We even got to see a snippet of Tanya doing something she was never very good at doing right at the last possible moment: self-soothing. In addition to the ascension to Tanya’s final moments that Coolidge carefully crafted, this scene also came on the heels of a season where Tanya was able to build a relationship with her assistant, Portia (Haley Lu Richardson). In scenes opposite Portia, Tanya went from an accidentally pushy and overbearing boss to someone who was willing and able to lend advice and thoughtfulness. This growth allowed that final scene to have even more impact.

This season’s complexly weaving storylines and deeply detailed character arcs were delivered by a cast of incredible actors, yet at the heart of the overarching story was always Tanya. Unlike last season, Season 2 called for Tanya’s tiny triumphs in personal growth and vulnerability to pave the way for the finale that would pull the season’s many emotions, questions, and beliefs together. Jennifer Coolidge’s performance this season once again proved exactly what this complicated series called for, and when The White Lotus inevitably and deservedly sweeps the next awards season, Coolidge should be front and center. 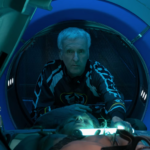 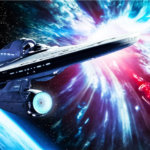