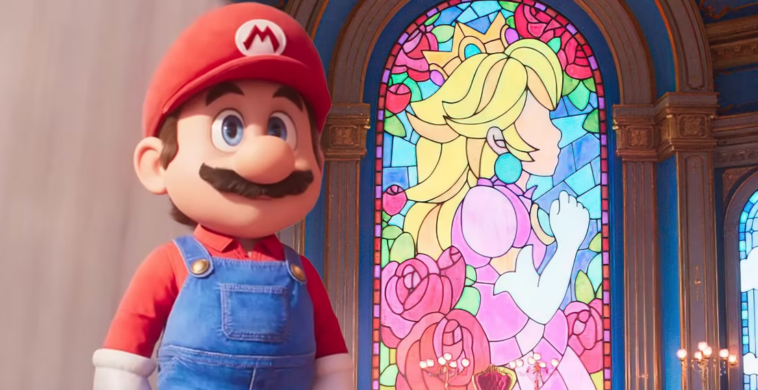 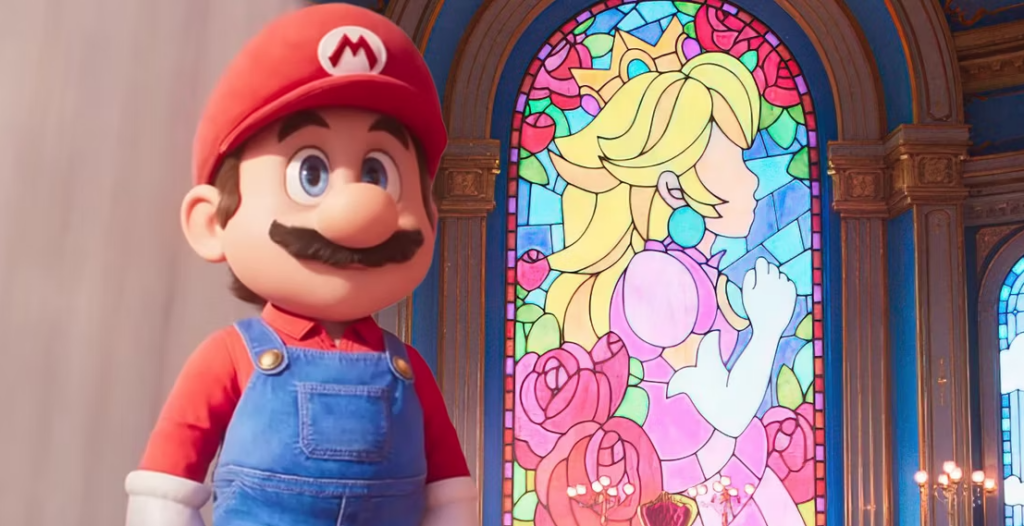 Ahead of the next trailer’s premiere, a new Super Mario Bros. Movie poster has arrived, teasing a key video game location being included in the film. Not much is known about the animated film just yet, save for its massive ensemble roster of stars, including Chris Pratt in the titular role, Anya Taylor-Joy as Princess Peach, Charlie Day as Luigi, Jack Black as Bowser, Keegan-Michael Key as Toad, Seth Rogen as Donkey Kong, and Fred Armisen as Cranky Kong. Anticipation has been mixed among audiences, with division generally centered around Pratt’s vocal work as Mario.

Illumination has taken to Twitter to share a new Super Mario Bros. Movie poster. The key art teases the iconic video game location of Peach’s Castle being included in the film, seemingly borrowing the design for its interior from Super Mario 64. Check out the exciting new poster below: 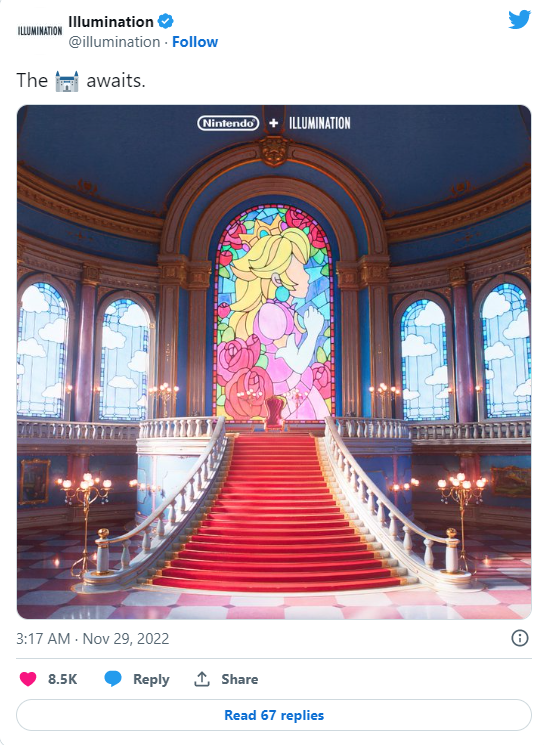 How The Super Mario Bros. Movie Can Adapt 64

The new Super Mario Bros. Movie poster isn’t the first time Peach’s Castle was teased to be a major location for the animated film. One of the earliest key arts released for the film, in which Mario found himself in the center of a Toad-filled city, teased the Nintendo-created plumber would be making his way to the castle at some point in the film, itself located at the top of a large hill and surrounded by floating landmasses. The sole Super Mario Bros. Movie trailer also confirmed Peach’s Castle to be key to the film as Mario chased after Toad towards the Mushroom Kingdom, with the castle situated in the distance with a rainbow running over it.

Given the new Super Mario Bros. Movie poster features the interior of Peach’s Castle, seemingly borrowing the design from Super Mario 64, it will be interesting to see if the film borrows elements from the beloved 1996 game. Considering the Nintendo 64 title marked the franchise’s first foray into 3D animation and semi-open-world format, as well as a more involved story, it would make sense for the filmmakers to pull from the game for its story and world-building. Additionally, with the Super Mario Bros. Movie trailer indicating Bowser is on a quest to conquer and acquiring Power Stars, a major element of Super Mario 64, it would be interesting to see if Pratt’s Mario will have to venture to other worlds through magical paintings in order to acquire enough Stars to save Princess Peach.

On the flip side, however, considering the Mushroom Kingdom of The Super Mario Bros. Movie appears to be more modern in design, and the trailer featured Luigi in what appeared to be Bowser’s Kingdom, the film could pull from Super Mario Odyssey for inspiration on the film. Given this is the first film in an intended interconnected universe, it seems unlikely the creative team will go straight for including Cappy or some of the more fantastical elements of the 2017 game, but with it having expanded how the various Mario worlds are tied together, it would be a smart title to pull from. Only time will tell when The Super Mario Bros. Movie hits theaters on April 7. 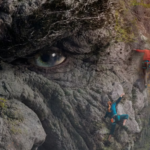 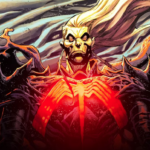