Could Iron Man’s actions at the end of The Avengers be linked to the trash planet of Sakaar? A theory suggests so, thus expanding Iron Man’s legacy.

As everything is connected in the Marvel Cinematic Universe, there are a variety of theories on possible connections between characters, events, and places, among them one that suggests Iron Man is responsible for the creation of the planet Sakaar. After his debut in Jon Favreau’s Iron Man, Tony Stark (Robert Downey Jr) became one of the leaders of the original Avengers team in The Avengers, and his actions had big consequences throughout the Infinity Saga and part of the Multiverse Saga as well.

Iron Man was responsible for the emergence of various villains in the MCU, as well as for the creation of Vision (Paul Bettany), the high-tech suits Spider-Man (Tom Holland) wore, the equation necessary for the Time Heist, and the defeat of Thanos and his armies in Avengers: Endgame, as Tony sacrificed himself to save the universe. Now, a theory suggests that Iron Man’s legacy goes beyond all that and he was also responsible for the creation of a planet, though unintentionally: Sakaar, and it was all thanks to the missile in The Avengers.

What’s Known About The MCU’s Sakaar

Sakaar is a trash planet in the Tayo star system, surrounded by various wormholes that deposit space waste. Sakaar is the homeworld of the Sakaarans, though there are also many other species living in it, as many beings have become stranded on the planet. In Thor: Ragnarok, Hela (Cate Blanchett) cast out her brothers, Thor (Chris Hemsworth) and Loki (Tom Hiddleston), while on the Bifrost, with both crashing on Sakaar at different times. There, Thor was captured by Valkyrie (Tessa Thompson) and sold to The Grandmaster (Jeff Goldblum), the ruler of Sakaar.

The Grandmaster, who is the brother of The Collector/Taneleer Tivan (Benicio del Toro), is the ruler of Sakaar who has a thing for gaming and manipulating lesser life-forms. Because of this, he keeps the Sakaarans distracted from his dictatorship with a series of battles among his strongest slaves. It was through this that it was revealed that Bruce Banner/Hulk (Mark Ruffalo) had been stranded on Sakaar for years (since his disappearance at the end of Avengers: Age of Ultron), so Thor reunited with his old friend. In the end, Valkyrie, Thor, and Hulk ignited a revolution in Sakaar, with the Grandmaster being confronted by the rebels in the post-credits scene of Thor: Ragnarok. 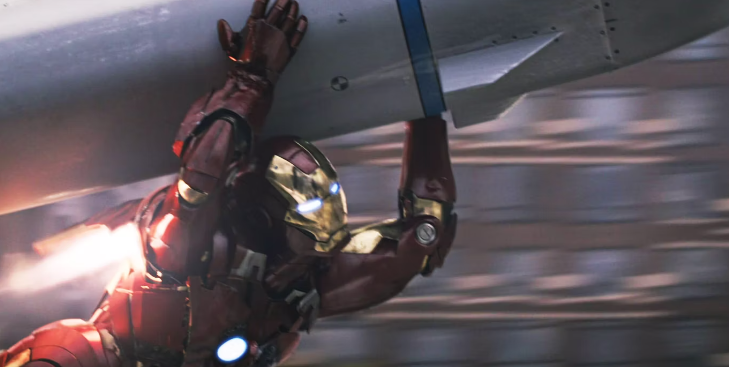 As pretty much all of Sakaar’s backstory in the MCU is unknown, it’s not surprising that there are theories about its origin, and one links it to Tony Stark himself. Shared on Reddit, the theory suggests that Iron Man accidentally created Sakaar at the end of The Avengers, when he took the nuclear missile through the wormhole toward the Chitauri fleet. According to the author, the detonation of the missile started in an “explosive chain reaction” that destroyed the fleet and caused the formation of a trash planet. This also created a space-time distortion where the newly formed Sakaar resides, which is why time flows differently there (as seen with Loki being sent there seconds before Thor yet arriving weeks before his brother).

The author also explains that the wormhole opened by Loki and Selvig (Stellan Skarsgård) in The Avengers to let the Chitauri in ended up becoming the Devil’s Anus thanks to Iron Man taking the missile through it. The Devil’s Anus is the largest and most destructive wormhole in the atmosphere of Sakaar, through which debris, garbage, and more from across the galaxy continually drops into Sakaar. The wormhole in The Avengers ended up becoming this massive one above Sakaar thanks to the detonation of the missile, and due to its proximity to Earth, Hulk pretty much had direct access to Sakaar. The theory adds that Tony could have studied the wormhole at some point and discovered where it headed, and so when things didn’t go as planned in Age of Ultron, he sent the Hulk to Sakaar so he wouldn’t be found.

The Problems With Iron Man Creating Sakaar In The MCU 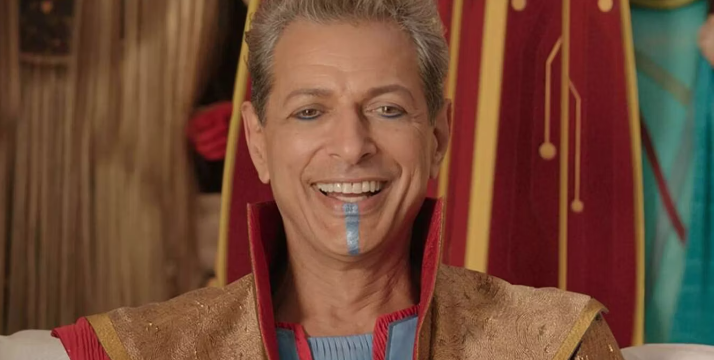 While the theory expands on Iron Man’s MCU legacy and connects him to a part of this universe that he had no link to, the theory doesn’t fully work mostly due to The Grandmaster. The eccentric ruler of Sakaar is often referred to as the creator of Sakaar, as he landed there before anyone else, so it wouldn’t be possible for Sakaar to have been created by Iron Man. On the other hand, as time flows differently in Sakaar and The Grandmaster himself said he would be “millions of years old” compared to the outside world, it could be somewhat possible that the detonation created Sakaar, and the distortion of time was such that the Grandmaster arrived not long after, but in Sakaaran time, it was millions of years ago.

It’s unclear if and when Sakaar will appear again in the MCU and if this universe will expand on its origin story, but it’s unlikely Marvel would decide to make Iron Man Sakaar’s creator. The MCU has now moved away from Iron Man and is focusing on other characters and their own adventures, and linking Sakaar to him would be taking many steps back. 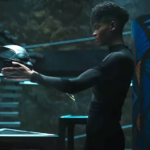 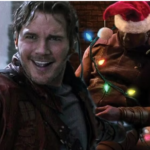