We’re teaming up with the TCL Chinese Theatre for a special 40th anniversary screening on November 9th at 7pm.

If you’re keen on the Collider screening collection, we’ve got some massive news to percentage. We’re excited to announce that we’re teaming up with Hollywood’s TCL Chinese Theatre — the maximum well-known cinema within the international — for a sequence of unique screenings of our favorite new and traditional movies. To kick it all off, we’re starting with an IMAX displaying Ridley Scott’s Blade Runner: The Final Cut in honor of its 40th anniversary on Wednesday, November ninth, at 7pm.

Unlike previous Collider screenings, where the most effective way to wait become to win tickets, you’ll have  methods to benefit get right of entry to to our TCL Chinese Theatre events. You can purchase tickets at the TCL Chinese Theatre website or try and win free tickets through emailing thecollidermailbox@gmail.Com with the subject line “I Want to See Blade Runner in IMAX.” Please allow us to understand how many tickets you want within the body of the email. We’ll be contacting winners on Sunday, November sixth.

We will only have a confined variety of seats for our Chinese Theater occasions, so in case you HAVE to attend, you’ll need to buy tickets.

In the future, we plan to offer specific Q&As with a number of the biggest names in Hollywood. There’s some without a doubt cool stuff within the works, and we are able to’t wait to percentage it with you.

As maximum of you understand, Blade Runner has multiple versions, but here’s how the Chinese describes the Final Cut: 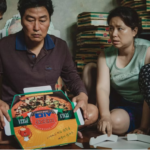 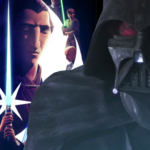