This year featured a lot of superhero movies, but what do they all collectively say about the state of this sub genre?

2022 is already winding to a close and that means every superhero movie of the year has already been released. The year’s crop of live-action superhero features, which encompassed The Batman, Morbius, Doctor Strange in the Multiverse of Madness, Thor: Love and Thunder, Black Adam, and Black Panther: Wakanda Forever, have been a massive boon to the bottom line of movie theaters. In North America alone, these six movies contributed over $1.6 billion to the box office landscape (as of this writing), with Wakanda Forever poised to add even more to that sum when all is said and done. The COVID-19 pandemic may have kept these films out of theaters for nearly all of 2020, but it’s clear their box office might hasn’t diminished during years and years of upheaval.

Given the enduring ubiquity of this subgenre, it only makes sense for people to look at the various box office results of these movies and parse out some larger lessons for the current cinematic landscape. In any era of Hollywood, what’s most popular with moviegoers lends a lot of insight into the psyche of the planet at that moment in time. 2022’s superhero movies are no different.

The Superhero Movie Is Still Popular, With Some Caveats

It’s impossible to look at a collection of movies where 2/3 of the entries exceeded $340 million domestically and try to say there’s a serious problem afoot. The superhero movie, particularly ones hailing from Marvel Studios, are still bringing in the crowds on opening weekend like few other subgenres can consistently do. However, there are some caveats to this, albeit very light ones considering something like Multiverse of Madness still exceeded $950 million globally. For one thing, these movies are becoming more frontloaded, at least in North America.

Before the COVID-19 pandemic, only four Marvel Studios titles ever dropped more than 60% in their second weekend. All four of these movies (The Incredible Hulk, Captain America: The First Avenger, Spider-Man: Homecoming, and Ant-Man and the Wasp) were released after Memorial Day weekend deep into the summertime when more kids are out from school. This meant it was reasonable to assume those exceptions were due to people seeing these titles during the week rather than just waiting for the weekend. Starting with Black Widow, though, every single Marvel Studios title except for Shang-Chi and the Legend of the Ten Rings has had a 60+% second-weekend decline. That’s to be expected for divisive titles like Eternals and Thor: Love and Thunder, but even very well-received projects like Black Panther: Wakanda Forever slipped 63% in their second frames of release.

Marvel Studios had two titles (Multiverse of Madness and Love and Thunder) lose over 67% in their second weekends of domestic release while the dreadfully received Sony/Columbia Pictures movie Morbius plummeted 73% in its second weekend of release (The Batman bucked tradition with a much steadier 50% second-weekend decline). Some of this has to simply do with the divisive nature of some recent Marvel Studios projects as well as the last four Marvel Cinematic Universe movies being sequels with built-in fanbases that rush out to see these films on opening weekend. Still, it’s also clear that superhero movies, by and large, are becoming more frontloaded.

They’re still making too much money for that to be much of a concern for Hollywood, but it is worth mentioning that these movies don’t seem to be drawing in as many non-hardcore fans as they used to. Even a non-sequel like Black Adam (albeit one part of a larger cinematic universe) didn’t seem to garner much love from just the general public, possibly because of a marketing campaign that was largely geared towards DC devotees (primarily in that last-minute emphasis on Henry Cavill’s mid-credits return as Superman). The recent struggles of superhero movies to remain in the public eye beyond opening weekend is especially notable given how some of the biggest hits of 2022 (namely Top Gun: Maverick and Everything Everywhere All at Once) were incredibly leggy affairs that stayed in the pop culture radar for months on end.

Superhero Movies Put Too Much Emphasis on the Past & Future 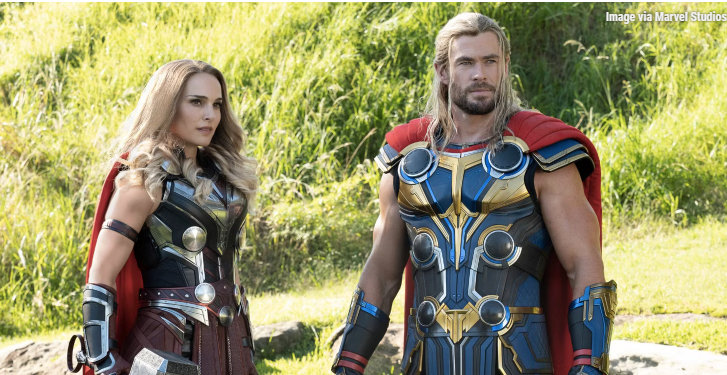 The 2022 superhero movie landscape was heavy with familiar faces, including Batman (albeit played by a different actor), Doctor Strange, and even Jane Foster. Meanwhile, the marketing campaigns for Morbius and Black Adam each leaned heavily into cameos from recognizable characters while also teasing out what the future of their respective franchises could hold. Superhero movies this year drew heavily from the past and the future, a phenomenon that is far from uncommon for superhero movies in a post-Avengers world. But it did feel especially pronounced this year, possibly because we didn’t have a real big original swing like Shang-Chi or Guardians of the Galaxy to balance things out.

With so much focus on the past and future, there’s a reason The Batman and its largely standalone story resonated with so many viewers. Its plotline also grappled directly with relevant themes related to social inequality, an approach that ensured the movie could really lean into the here and now in an entirely different way. It was a breath of fresh air in a year that often restored to name-dropping Shazam and Venom to get a rise out of moviegoers. Again, making superhero movies that are full of in-universe references and sequel teases isn’t something new. But those qualities felt especially prominent this year along with dredging up whatever characters studios could find for some extra jolts of nostalgia.

What Superhero Movies Did Well in 2022

Of course, not all the takeaways from live-action 2022 superhero movies were negative or emblematic of troubling trends in the subgenre. Black Panther: Wakanda Forever, for instance, had its shortcomings, but largely succeeded as a worthy and emotionally powerful follow-up to its iconic predecessor. Meanwhile, Doctor Strange in the Multiverse of Madness had some wicked fun in teasing out the presence of legendary Marvel superheroes like Mr. Fantastic (John Krasinski) and Professor Xavier (Patrick Stewart) only to brutally kill them all off one by one. Such characters would normally be perfect mid-credits tease fodder in another movie, but here were utilized for some dark comedy. That’s the kind of standalone entertainment that’s impossible to resist.

Live-action 2022 superhero movies were at their very best, much like superhero movies in an year, when they focused on thrilling audiences with fresh concepts rather than just leaning on teases of the future or regurgitating the past. The latter element especially cannot be relied on exclusively to carry a movie, as seen by how the promise of Adrian Toomes (Michael Keaton) crossing paths with Morbius couldn’t get people stoked about Morbius. Even the promise of Superman and Black Adam meeting wasn’t enough for Black Adam, a movie whose worldwide box office haul will fall beneath the cheaper Dwayne Johnson vehicle Rampage.

It isn’t enough to just dangle the familiar in front of moviegoers, you have to deliver something unique that they can hold onto today. The live-action superhero films the public responded to and rejected in 2022 reflect their continuing desire for good entries in this subgenre. Times are still very difficult out there (the COVID-19 pandemic still rages on, for instance) and it’s no shock that people still want lighthearted material that can make their spirits soar. However, they won’t just show up for anything that comes stamped with a Marvel or DC logo.

2022 was an undeniably strange year for the superhero movie. It was a year where its box office dominance was unquestioned but also a year where some strange flaws pointed to how this subgenre should not take its enduring success for granted. Whatever the future holds for this subgenre, hopefully it’ll involve more superhero movies headlined by obscure untested characters as well as titles that take all the right lessons from features such as The Batman and Black Panther: Wakanda Forever. Also, stop trying to make Morbius happen, it’s not gonna happen. 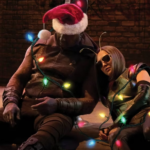 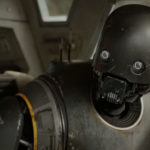