James Gunn brings the Guardians back for a charming and very funny way to conclude Marvel’s Phase Four.

The Guardians of the Galaxy Holiday Special finds Peter Quill (Chris Pratt) still down after the death of Gamora. In order to cheer their leader up, Drax (Dave Bautista) and Mantis (Pom Klementieff) decide to get Quill a great Christmas present: his hero Kevin Bacon. Drax and Mantis head to Earth, and naturally, they don’t exactly fit in, as they attempt to give Peter a Christmas like he hasn’t had since he was a child.

Many have argued that Phase 4 has been disjoined, lacking focus, and all over the place in terms of quality. But what makes The Guardians of the Galaxy Holiday Special work so well is that writer-director James Gunn doesn’t have to set up future projects, or necessarily tie into a larger story. The Holiday Special can remain its own weird little thing. In a way, it sort of feels like what Gunn did with the first film, when this group of characters wasn’t so well-known, and Gunn could be less precious with the larger implications of this team. There’s a freedom here that most Marvel films don’t have the benefit of getting to indulge in. This is a silly, largely non-essential part of the MCU, but that’s part of its charm.

This is also an opportunity to focus on two of the funniest characters in the Guardians, Drax and Mantis. Their attempt to steal Kevin Bacon is full of diversions, like visiting characters dressed like the Avengers in front of Grauman’s Chinese Theatre, or partying too hard at a gay bar. This team-up is often laugh-out-loud funny, as Bautista and Klementieff play well off each other. We’ve known that Drax’s dry sense of humor and inability to process tone makes him amusing no matter what the scenario, but it’s Mantis that steals the show here. Klementieff plays Mantis almost as if she is ready to swing from sweet to furious at any second, often pitching her voice up in anger several times in any given sentence, which is always entertaining.

It’s also great to see Drax and Mantis reckoning with a part of Peter Quill’s childhood—Kevin Bacon—and realizing he’s not the hero that Peter claimed he was. Bacon is having a ball here, as Drax and Mantis criticize the man and his films, and again, it’s great to see a Marvel project where the stakes are as low as “can these two characters kidnap the star of Footloose.” Another excellent addition to this group is Cosmo the Space Dog, voiced by Maria Bakalova. While Cosmo doesn’t have much time in the special, it already seems like the newest member of the Guardians is going to be a fan favorite, as Cosmo is inherently adorable, and Bakalova’s performance only enhances just how cute this character is.

Even though The Guardians of the Galaxy Holiday Special was filmed during the production of Guardians of the Galaxy Vol. 3, the smaller scale of this special is part of its joy. Mantis and Drax might be traveling across the galaxy for the perfect Christmas gift, but this feels delightfully cozy and smaller in its approach to telling this story. Holiday Special focuses on this group being a thrown-together family, and that bond is effective in the more emotional moments, especially when Star-Lord gets some great moments where he shows his earnest appreciation for his friends.

But The Guardians of the Galaxy Holiday Special also shows us how wonderful Gunn is as a storyteller when he’s given more flexibility and smaller stakes. We’ve seen what he can do with fewer restrictions with the DCEU, but it’s been a while since we’ve seen his talents in a PG-13 setting like this, and it still works incredibly well. His blending of wild humor, a great unconventional Christmas soundtrack, and moving character moments remind of the early days of the Guardians, when they weren’t necessarily tied to the larger MCU around them.

The Guardians of the Galaxy Holiday Special, like the recent Werewolf by Night, shows that the MCU doesn’t necessarily need entire films and Disney+ series to tell the stories of these characters, but rather that one-off specials can be equally as effective and remarkable. A quick reminder of what made these characters so great in the first place is just what this group needed, and does an excellent job of building up the excitement for their return next year in Vol. 3. Gunn’s special is a fantastic holiday present, a heartwarming reminder of how much we enjoy these characters, mixed with Gunn’s great ability to blend humor, touching moments, and friendship. 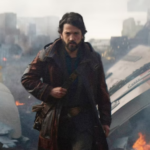 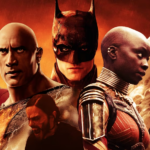