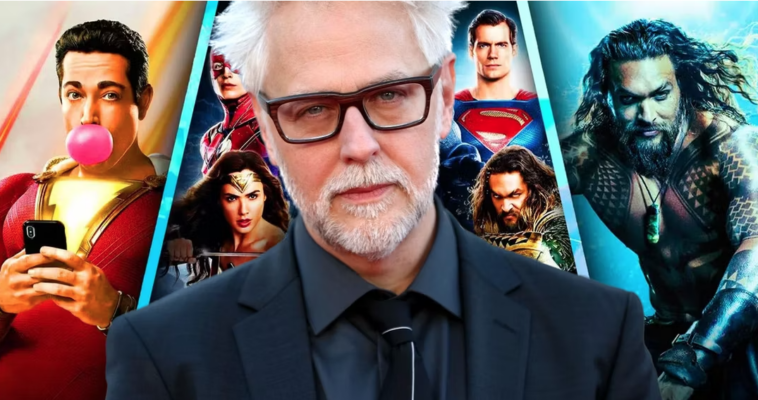 Since taking up a position at the head of DC Studios, James Gunn has teased several heroes on social media who could appear in future DCU projects. 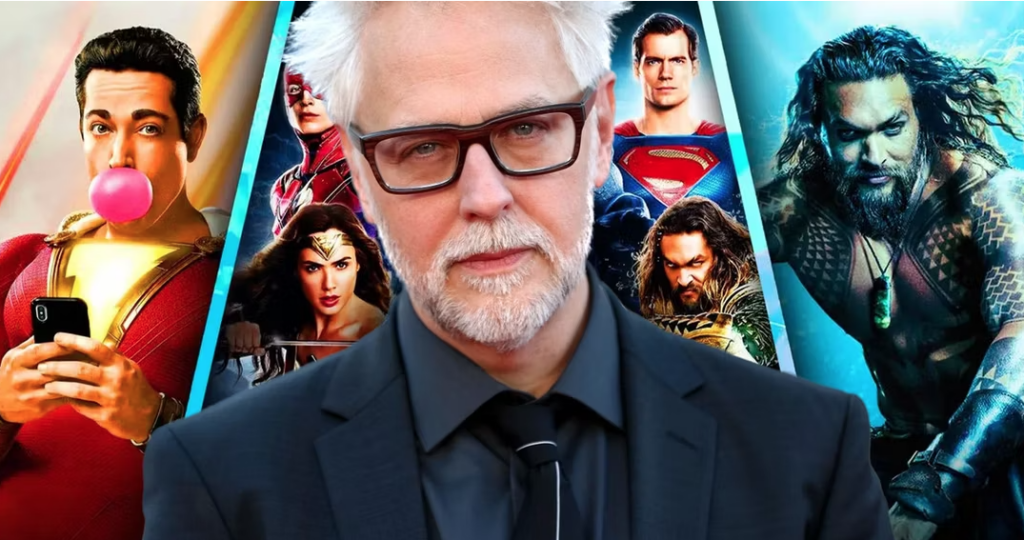 Since being appointed as the co-chair and co-CEO of DC Studios, James Gunn has teased several DC Comics characters that could see potential projects in the new DCU. Popularity has been faltering in recent years for films produced by DC Studios, leading to the convoluted and messy DCEU being rebranded into the DCU, likely influenced by Marvels Studios’ MCU, which will produce new projects with The Suicide Squad director James Gunn at the helm. The new direction for the studio aims to build a coherent story and see it move forward, introducing new characters while solidifying established ones from the now defunct DCEU, including the likes of Superman and Batman.

James Gunn, along with co-CEO Peter Safran, started his new role on November 1, 2022, vowing to take the studio in a fresh direction and start to build up demand for DC projects. Since then, Gunn has been very active on social media posting images of some lesser-known DC Comics characters, raising speculation about who could potentially make their way to the big screen in future DCU properties. While there are still a few leftover DCEU movies, like The Flash, still to be released, everything is set to change with the release of The Flash in June 2023, which is rumored to be completely resetting the in-universe world of DC Studios for the better.

James Gunn’s first tease came on October 31, 2022, a day before his appointment as co-CEO. The tweet featured an image of Deadman with Gunn wishing his followers a Happy Halloween. Deadman is an obscure character from DC Comics, a former trapeze artist named Boston Brand who became a ghost after being murdered by a figure known as the Hood. The Hindu god Rama Kushna gifts Deadman’s ghost the ability to possess any living being, with the goal being to find his murderer and seek vengeance. In recent years, Deadman has featured as a member of the Justice League Dark, suggesting this could be the next stage for Gunn’s new DCU.

In 2020, it was announced that Warner Media and Bad Robot were collaborating on a Justice League Dark universe in film and television, and in April of the same year, J.J. Abrams was confirmed to be the executive producer on a TV series featuring Justice League Dark characters. If this series goes ahead for DC Studios under Gunn’s supervision, it could be the perfect way of expanding the DCU’s roster of heroes and developing smaller-scale adventures that have worked very well in the cases of Marvel Studios’ Moon Knight, Daredevil: Born Again, and Hawkeye. Taking some focus away from the mainstream heroes in DC’s repertoire might be the best move. 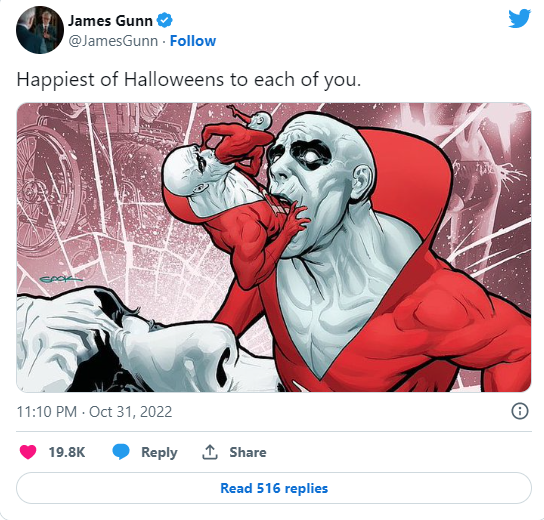 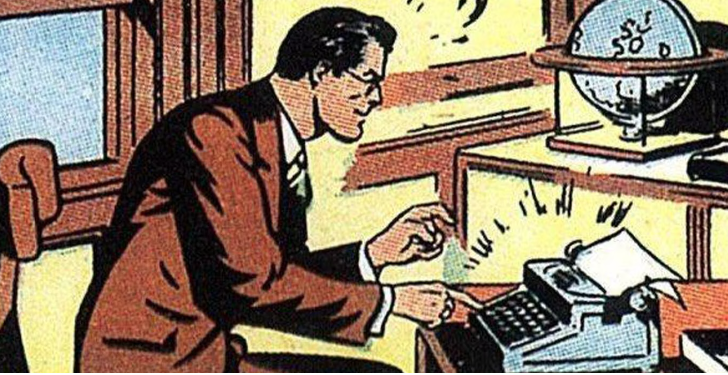 Possibly one of the most well-known characters in any superhero media is Superman, an alien from the planet Krypton who was raised on Earth and developed remarkable, superhuman abilities including enhanced strength, impervious skin, laser vision, and flight. Superman has been done-to-death in film, most recently being portrayed by Henry Cavill in the DC films Man of Steel, Batman v. Superman: Dawn of Justice, and Justice League, as well as a brief appearance during the mid-credits scene of Black Adam. Despite still being very popular, Cavill’s version of Clark Kent has become wildly divisive as the character has evolved, so there needs to be a change under Gunn’s new direction.

DC Studios’ creative side being led by James Gunn could be great for Cavill’s Superman, perhaps bringing a lighter side to the character akin to those featured in Gunn’s other projects, The Suicide Squad and Guardians of the Galaxy. Cavill himself has teased that his appearance at the end of Black Adam will be the start of some big changes for the character, and the fact that James Gunn tweeted an image of the famous hero on his first day on the job suggests that he’s not shying away from focusing on the renowned character on a more personal level. 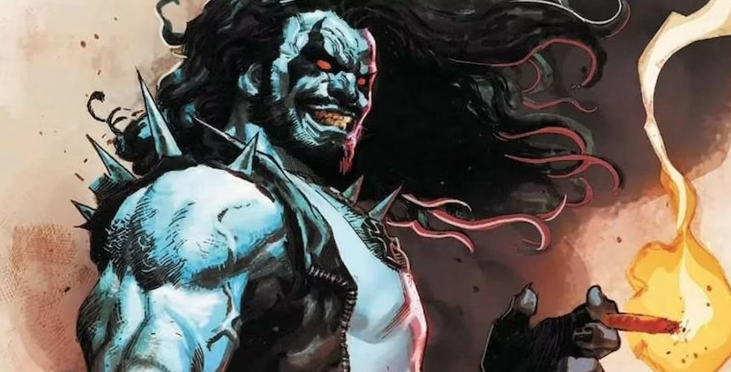 As DC Comics’ answer to Marvel’s antihero characters such as Cable, Wolverine, and the Punisher, Lobo is an over-the-top parody of an interstellar bounty hunter and mercenary, born on the planet Czarnia, who became a hugely popular hero for the publisher back in the 1990s. A film centered on Lobo had been in development at DC since 2009, with the likes of Guy Ritchie and Michael Bay attached to direct, but the film never managed to gain any traction. Now though, James Gunn’s tease for the character, featuring the caption “glad to be here,” might suggest that the character is closer than expected.

Lobo certainly seems like the perfect character to be taken on by James Gunn, who has had massive success taking the wittier and funnier characters to super-stardom, both at Marvel Studios and DC. Several big names have expressed interest in portraying the character over the years, including The Walking Dead’s Jeffrey Dean Morgan, Dave Bautista in a move from Marvel Studios, and even Aquaman’s own Jason Momoa in one confusing twist. Momoa certainly looks the part, but it could be incredibly confusing for audiences unless Aquaman is recast in the shuffle into the new DCU.

This tease by James Gunn was probably one of the more on-the-nose posts, since he simply posted the image of DC Comics’ Mister Terrific with no caption whatsoever. In the comics, Michael Holt is the second character to take up the Mister Terrific mantle, a man with an eidetic memory and genius-level intellect who is rendered invisible to any kind of technology thanks to his mysterious mask. As a lesser-known character, Mister Terrific would be the perfect focus for James Gunn’s new direction for DC Studios, especially since he has practice bringing unknown characters into the forefront.

One version of Mister Terrific was previously portrayed by Echo Kellum in the CW Arrowverse series, Arrow, though this character is renamed Curtis Holt and adapted slightly to better fit the tone of the series. A Michael Holt version of Mister Terrific has never seen a starring role in live-action, suggesting James Gunn might be more determined than ever to put this remarkable hero in the spotlight. Holt eventually becomes the chairman of the Justice Society of America, meaning he is quite a big deal, and definitely deserves screen-time in Gunn’s new DCU. 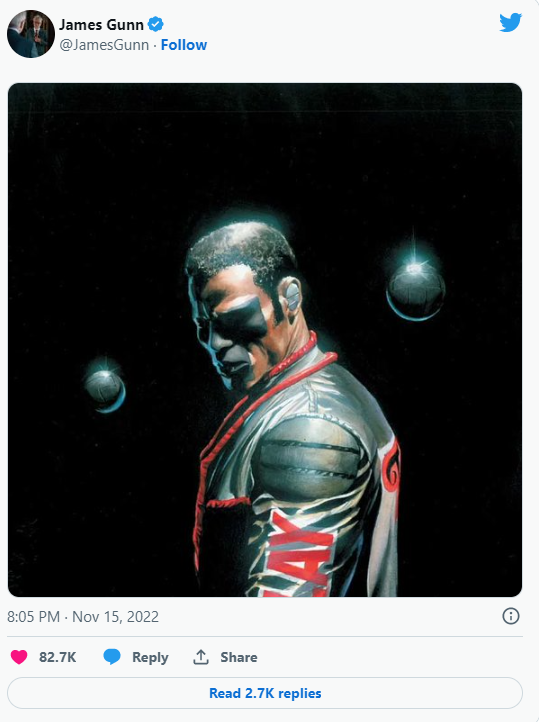 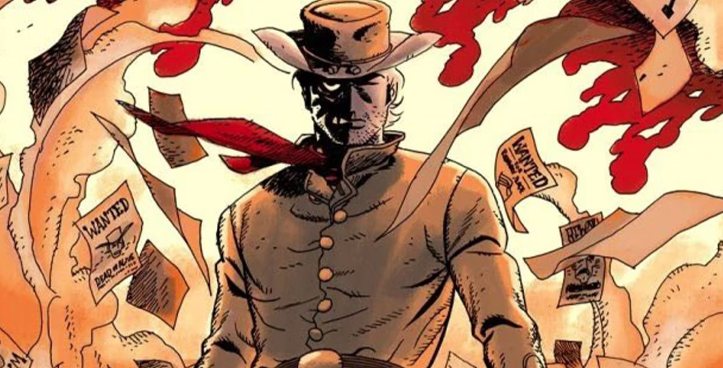 Jonah Hex has had more of a career in live-action than anyone else (except for Superman) that James Gunn has teased on Twitter, since Josh Brolin portrayed him in the 2010 film, Jonah Hex, he’s appeared as a character in DC’s Legends of Tomorrow, and has had a long career in DC animation projects. On November 16, 2022, James Gunn posted an image of Hex in celebration of the character’s 50th anniversary in DC Comics. Despite the anniversary, this post was incredibly reminiscent of his other teases for potential DCU characters, suggesting that another adaptation of Hex might be on the cards in the near future.

Jonah Hex is an incredibly rich character with a wealth of material to draw from if adapted into the new DCU, the cynical bounty hunter could ground the new franchise with some grittier projects, led by the popular hero. It’s known that James Gunn is a big fan of Westerns, so it’s likely that this surly cowboy could be making his way to the big screen very soon. The fact that James Gunn has been incredibly active on social media can only spell good news for DC Studios. He’s trying to get the word out and garner excitement for how these new DCU stories might be told. 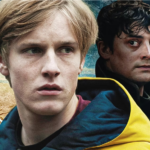 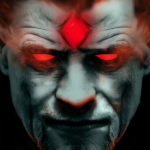