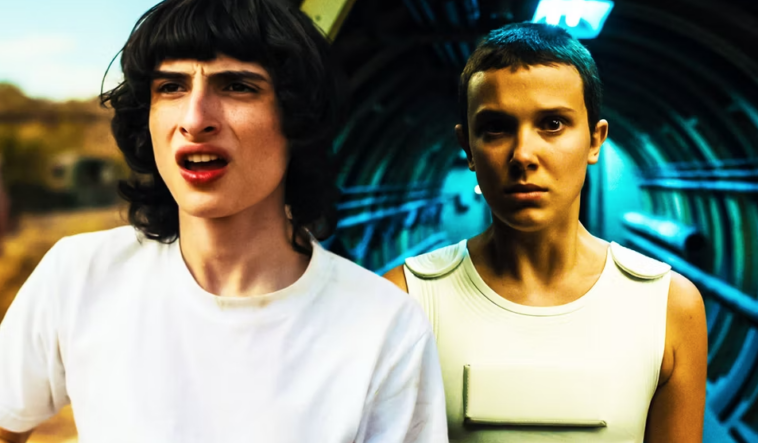 One Stranger Things season 5 theory could explain how the attacks on Hawkins can finally end, but this might spell bad news for the young characters. 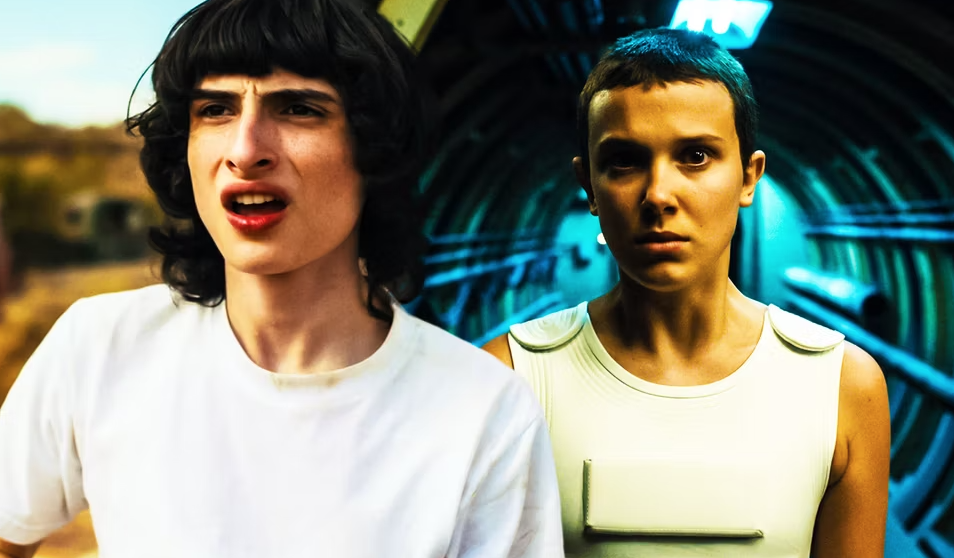 Netflix’s hit series, Stranger Things, is coming to an end with its fifth and final season, now, one theory poses an idea for how the series can come to a satisfying, but tragic end. Stranger Things season 4 landed on Netflix in May 2022, and pitted the young cast against the sinister Vecna, revealed to be the mastermind behind all the attacks on Hawkins, Indiana. Season 4’s cliffhanger ending saw the Upside Down consume Hawkins after Vecna completed his villainous mission, so for season 5, Stranger Things creators the Duffer Brothers need to wrap up several stories, neutralize the Upside Down, and bring a close to the onslaught on Hawkins.

Throughout Stranger Things, the young characters have formed an intense bond that seems almost unbreakable, though one theory from Reddit suggests that the series’ most satisfying ending might spell bad news for the team, particularly Eleven and Mike. The theory poses that Stranger Things season 5 could end with Eleven vanquishing Vecna and taking over his control of the Upside Down, turning it into a paradise rather than the barren and harsh wasteland that it is. This essentially means that the attacks on Hawkins will end, but Eleven will be trapped permanently in the Upside Down, leaving Mike and the other kids to live normal lives without her remarkable influence.

The usually-sleepy town of Hawkins, Indiana has been put through the wringer since Stranger Things premiered in 2016. From Demogorgon attacks, an army of Demodogs, the Mind Flayer, and now Vecna, the town and its residents have seen their fair share of horror with only brief intermissions between each attack. One of the key things that needs to happen during Stranger Things season 5 is the final battle for the fate of Hawkins, which will presumably end with Hawkins’ recovery and return to normalcy. The theory suggests that this can happen if Eleven takes control of the Upside Down, as she will be able to deal with the monster threat.

The theory poses that Eleven is such an inconsistency, that as long as she is around, the onslaught from the Upside Down will never end. This means that she must sacrifice herself and become trapped in the Upside Down permanently in order for all gates to close and for Hawkins and its residents to be safe. The theory states that “the cycle of new monsters coming into the world can only be ended if she does what [Vecna] did and takes control of the [Upside Down].” As long as there are people with these abilities in the real world, the risk is there for the Upside Down to become unleashed.

Eleven Can Make The Upside Down A Paradise 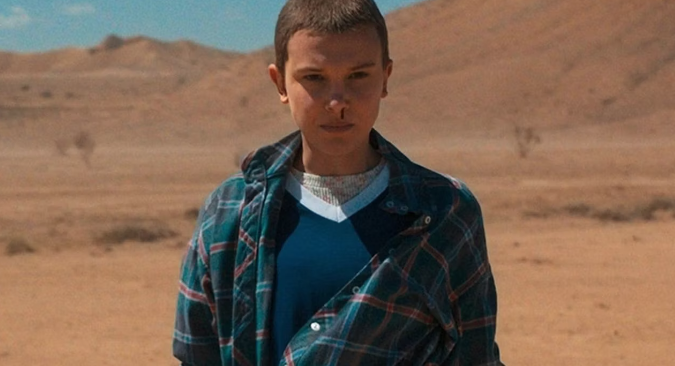 One positive that comes out of this theory is that Eleven would be able to mold the Upside Down into whatever she wants, potentially even a paradise. Stranger Things season 4 showed glimpses of what the Upside Down was like before Vecna took over: a harsh landscape inhabited only by monstrous creatures, but the Upside Down that viewers are familiar with was a copy of Hawkins, so that means Vecna must have been able to make adjustments to the world and shape to his desire. This means that, if Eleven becomes the new head honcho in the Upside Down, she can do the same, but turn the world into something beautiful.

The idea posed in the theory is that the Upside Down is a world that can be reshaped to the will of the individual in control. This makes sense as Vecna enters the Upside Down in its wasteland state, when Will finds himself there, it’s a perfect replica of Hawkins, and when various characters enter the Upside Down or feel its influence, they often get lost in their own personal memories, but twisted. If Eleven were to take control of the Upside Down, she could reshape the world into a landscape that might not be as horrible to live in, perhaps eliminating the evil held within once and for all. 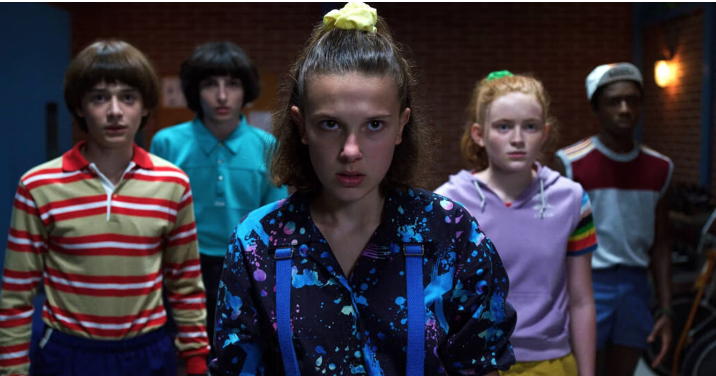 Eleven’s story might have been the overarching narratives of Stranger Things, but there have been multiple subplots involving relationships between each of the characters, most prominently in the love triangle between Nancy, Steve, and Jonathan, and the budding relationship between Eleven and Mike. However, if this theory pans out, it would certainly mean bad news for the latter couple, who have seen their trials and tribulations throughout the series anyway. Stranger Things season 4 seemed to bring the couple closer together, sharing their first “I love you’s”, with Mike valuing Eleven as a human, rather than only seeing her powers, although Will’s emotional side-story could put a spanner in the works.

If Stranger Things season 5 ends with Eleven becoming trapped in the Upside Down, her relationship with Mike will be forced to come a tragic and abrupt end. Many have been speculating that Will’s attraction towards Mike could be made known during the fifth and final season of Stranger Things, so this could be the perfect opportunity to air his thoughts, though Mike will surely be devastated about losing his super-powered girlfriend. Over time, the kids will grow up without Eleven and move on from their adventures, going back to a normal life, free from danger but always remembering their times together, providing the best resolution for the long-running series. 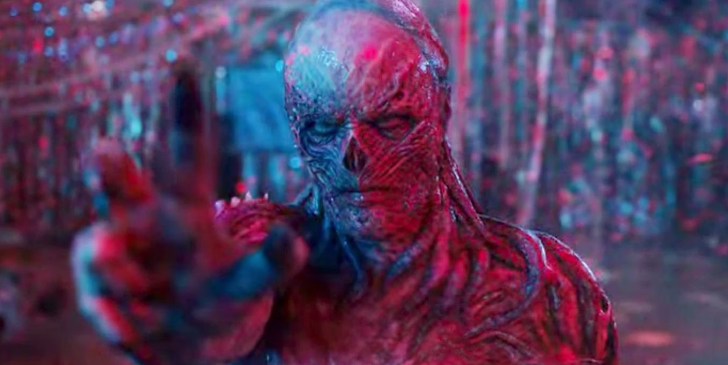 For many, Stranger Things season 4 felt purely like a stepping stone, setting up bigger events to come in the upcoming fifth and final season without wrapping up any of the loose ends. The threat of Vecna introduced in season 4 is still going strong, and is potentially getting stronger now that the Upside Down is invading Hawkins. Season 4 saw Eleven get her powers back, meaning she is well-equipped to fight Vecna in the epic battle that is yet to come. The Max story will also surely become hugely important in the opening episodes of season 5, as she is still in a coma after being attacked by Vecna.

On top of all this, Kate Bush’s “Running Up That Hill” gained popularity once again thanks to being featured several times throughout Stranger Things season 4, which could have a deeper meaning in relation to Eleven taking control of the Upside Down. Season 5 could see Eleven literally “swap places” with Vecna, being able to remove the corruption within and save Hawkins and her friends in the real world. The theory that Eleven could finally take down Vecna and recreate the Upside Down to her own desire provides a solid idea of what could happen during Stranger Things season 5, and would also mean a hugely emotional and impactful ending. 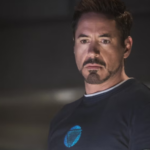 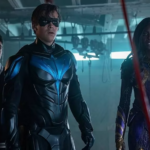