In a recent interview with Total Film, Sandberg admitted that Batson’s superhero family has a silly name in Shazam! Fury of the Gods. The director explained that family is a major thematic focus of the upcoming film and that their hometown has given the sibling team the name Philly Fiascos due to their bumbling crime-fighting ways. Read Sandberg’s full quote below:

“It’s still Shazam’s movie but it’s also about the family. They’ve all been superheroes for a while now, trying to stop crime and save people. But they’re not very good at it. The city has dubbed them the Philly Fiascos.”

What Role Will Billy Batson’s Family Play in Shazam 2

Shazam! Fury of the Gods will see the return of his entire set of siblings from the previous film, including Jack Dylan Grazer and Adam Brody as Billy, Ian Chen and Ross Butler as Eugene Choi, Jovan Armand, and D. J. Cotrona as Pedro Peña, Faithe Herman and Meagan Good as Darla Dudley, and Grace Fulton as Mary Bromfield. For the sequel, Fulton replaces Michelle Borth as the adult version of the hero from the original film, most likely due to Fulton’s current age. Shazam: Fury of the Gods will also give the family more screen time than their superhero counterparts, something that Good has called important regarding representation in the media.

With the Philly Fiascos’ using their powers to fight crime in Philadelphia, the Daughters of Atlas descend upon Earth to confront them. Consisting of 1923’s Helen Mirren, Kill Bill’s Lucy Liu, and West Side Story remake’s Rachel Zegler, the Daughters of Atlas believe humans should not wield the power of gods. Little is known about the origin of the villain group because they were created for the film and did not exist in previous DC comic books. Sandberg and writers Henry Gayden and Chris Morgan looked to Greek mythology as inspiration when developing the franchise’s new villains.

The latest Shazam! Fury of the Gods trailer features Batson voicing his emotional struggles to a pediatrician. Shazam reveals that his family’s superhero team may have decided to split apart, each working alone while Batson attempts to reunite them. The upcoming sequel will likely have the family unit tested physically and emotionally when faced with failing community support and the stresses of balancing hero work with their personal lives. With Shazam! Fury of the Gods landing in theaters on March 17, 2023, audiences must be patient to see the Philly Fiascos in action. 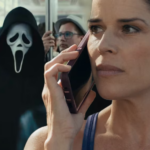 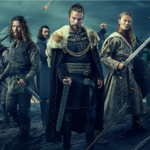